By CHARITY NEBBE & KATHERINE PERKINS
A conversation about summer camp

“YMCA Camp Wapsie has just wrapped up summer camp, for the 100th time. The Eastern Iowa camp is celebrating its centennial year of bringing youth outdoors for a week of adventure, fun and friendship. 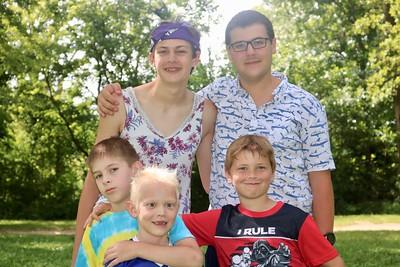 To get a sense of how Wapsie has been successful in establishing a camp culture that transforms generations of campers into counselors and staff, we asked Maxwell Meyer and Sami Therme, both of Iowa City, to keep audio diaries of their experiences as counselors for some of the oldest and youngest campers.

The teepee village consists of two female and two male teepees for campers aged 6 to 9. Meyer says it’s his favorite place on camp.

“It is organized chaos. It is the craziest thing you’ve ever seen, and it tests every aspect of your personality,” he says. “But in the same sense that it’s challenging, the village is also very rewarding for counselors and kids alike.”

Therme is a senior counselor in cabin 12, for female campers aged 13 to 15. “It is always an exciting journey with them because they are so intelligent now, and so intuitive and so smart.” 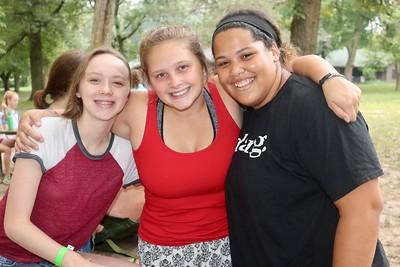 “It’s hard as a camper, I think, to feel that immediate safety, emotionally, physically, because they’re so used to being in the care of their parents and at home,” says Therme. She says she wants to establish right away that each camper is loved and supported.

In this edition of Talk of Iowa, host Charity Nebbe also talks with YMCA Camp Wapsie summer camp director Drew Demery. They discuss why summer camp is such a transformative experience for so many Iowa kids, and how he and the staff work to establish a culture that encourages campers to explore who they are, and how to become who they want to be.”

The Y has many special events throughout the year - like Healthy Kids Day, the Y TrivYa Night and many others.

We are excited to announce the Helen G. Nassif YMCA pool will OPEN on Tuesday, June 28 at 6:00 AM.  Water Ex classes will begin on WEDNESDAY, June 29.

Thank you for your patience!